Today’s flight passengers have high expectations from airports, regardless of where they are in the world or how small or large. Modern lifestyles have taught us that we don’t need to wait for what we want – world news in real-time, next day or same-day deliveries, fast food, internet speeds – and then we get[…] 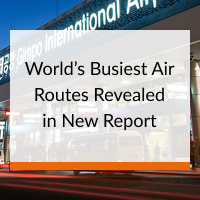 According to a new report, based on a study released in advance of the World Routes event held last month in China, the busiest air route in the world operates to the tiny, beach resort island of Jeju off the South Korean peninsula. The most in-demand air route originates in Gimpo Airport, based in Seoul,[…] 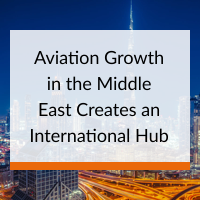 The growth of flight passenger traffic in the Middle Eastern regions has been well documented over the past five years. The strength of growth has fuelled the regions into an international hub, also referred to by some aviation professionals as the ‘aviation bridge.’ The strategic location and a newly-liberated marketplace have contributed to the success[…]